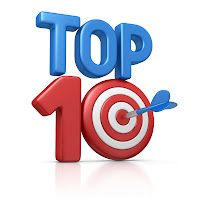 10 – Rugby  – Rugby is quite popular, especially in the Northern part of Italy. The introduction of rugby in Italy dates back more than 100 years, introduced by the British communities that introduced rugby between 1890 and 1895.
9 – Golf – Golf is quite popular in Italy, with over 9000 registered golf players. There are also some Italian players who are quite notable in the world of professional golf, names as Francesco Molinari and Costantino Rocca are well known to golf fans.
8 – Tennis – Both on television and the actual courts, tennis tournaments have significant followings in Italy. When one looks at the top 150 male and female players at any given time, there are usually quite a few Italian professional tennis players among them. Italy as a tennis nation won the Fed Cup in 2006 and 2009 and the Davis Cup in 1976.
7 – Athletics– Track and field is quite popular in Italy and those who do well on the Olympic or national level are very celebrated people throughout the country. There are many international and national athletic events held in Italy every year.
6 – Wrestling – While it may not be considered an actual ‘sport’ by many, professional wrestling is extremely popular in Italy and the American pro wrestling promotions often make a trip overseas.
5 – Water polo- There is a substantial quantity of professional and amateur players for water polo in Italy. The Italian national team is often ranked in the top four in the world.
4 – Cycling – Cycling is a very popular sport in Italy, in fact, only the Belgians have won more World Cycling Championships than Italy has. Italy also is home to a long distance bicycle race called the Giro d’Italia that is famous throughout the world.
3 – Volleyball – Pallavolo (Volleyball) is actually very popular in Italy and the country has many amateur players who play recreationally.  The Italian Volleyball League is a respected league among professional players and regarded as one of the the best volleyball leagues in the world. Both the male and female national teams are often ranked in the top four national teams in the world.
2 – Basketball –Italy is one of the best basketball nations in all of Europe along with Turkey, Greece,  and Spain. Until around the year 2000, the Italian league was considered the best domestic league outside of the United States.
1 – Soccer – Italy does not just treat soccer like a sport; soccer is almost like a religion. Italy has provided some of the most dominant teams both in international competition as well as in European competition. Every Saturday and Sunday thousands upon thousands of people leave their home to watch the game live, and of course, millions take the time on Monday to discuss the results.

I was a little disappointed that swimming wasn't in the top 10 considering they have a few top swimmers and also because waterpolo is such a popular sport. Oh well.  What are your top 10 favorite sports?
Posted by Doris' at 10:29 AM