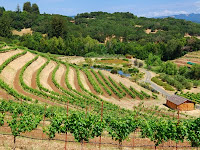 WHAT IS BIODYNAMIC?
Biodynamic agriculture was introduced by Rudolf Steiner in 1924, and preceded all organized systems of organic farming. Steiner is best known as the inspiration behind Waldorf schools, but his contributions to society span such vast realms as architecture, medicine, and the arts. A prolific writer and prominent speaker, Steiner was approached by farmers who were already concerned about crop and seed decline in the early twentieth century. Steiner’s response was a series of eight lectures which are known as The Agriculture Course. Biodynamic agriculture is characterized by an awareness of both the visible, material world, and influences streaming from the invisible world. Steiner is often quoted, “…matter is never without Spirit and Spirit is never without matter…” The Biodynamic method shares many of the same practices associated with organic agriculture, such as composting, cover cropping and crop rotation. However, Biodynamics strives to articulate the “individuality” of each farm, and recognizes the myriad subtle influences of the cosmos on the soil and plant growth including rhythms of the day and seasons of the year, and the effects of the sun, moon and planets on biology. 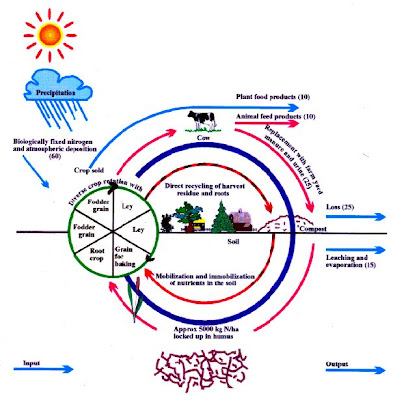 This diagram illustrates a Biodynamic Whole Farm Organism as the basic concept for the Baltic area and European Agriculture. The goal is, by promoting a high degree of recycling, reduced use of non-renewable energy, and use of the best known ecological techniques in each part of the system, to reduce consumption of limited resources and minimize harmful emissions to the atmosphere and water and promoting the fertility of soil (Granstedt 2002)