The Possible Origin of "Shut-Up" 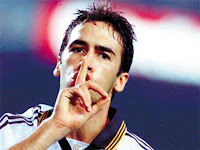 Although a rude term, nearly everyone uses it. "Shut-Up" and it's similar terms seem to have been around forever. Based on historic research, the term may have originated during the days of knights.
Prior to battle, knights would "shut" their visors. Their leaders would also order them to shut their visors which would, as a result, limit their speech.
Is it true? Sounds plausible. It could be an evolved term that originated when Neanderthals, who did not have a developed language as we do, but did communicate through basic sounds and body language, would use a club on one another to silence them by "smashing their mouth". I'd rather be told to shut up than to have someone smash me into silence. Hooray for evolution!
But this term, which has become a most common one, helped give us great entertainment, like Joe Dolce's famous "Shut Uppa Your Face!" It is also heard around many Italian tables in forms like "shut up and eat".
How we communicate with each other is an amazing process, and although this process evolves in the form, the substance is the same.
Posted by Doris' at 12:00 AM