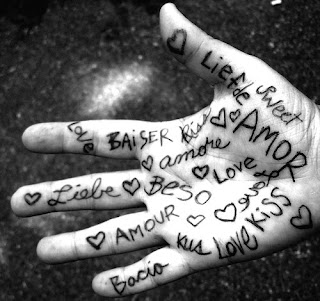 With all the hoopla going on with dinner reservations, flowers, chocolates, diamonds, etc.; we seldom remember what Valentine's Day is for. Take away all the commercialism and Valentine's Day's essence is the declaration of one's love for another. Love knows no bounds. These notions were inspired by the holiday's origins which date back to the 5th century. And yes, there is a Catholic saint name St. Valentine. However, history acknowledges three St. Valentines (a priest, a bishop, and a mysterious third; all were martyrs).

In 469 A.D., Pope Gelasius declared Feb. 14 a day to honor St. Valentine, one of these three men.One legend says that a Roman emperor banned soldiers from marrying in the third century, but St. Valentine took issue with this. He became an advocate for soldiers and was executed as a result of his outspokenness.Another legend says St. Valentine was executed for his beliefs in Christianity and just before he died, he left a farewell note for a loved one and signed it "From Your Valentine."
A conventional and widely accepted belief about the holiday itself is that Valentine's Day grew out of a Middle Ages tradition of celebrating Feb. 14 as the day "the birds began to pair."History.com notes that February has long been associated with being a month of love, and Feb. 15 was celebrated in ancient times as a fertility festival. (reference: huffingtonpost.com)
So as we spend the rest of the day with family, friends, and lovers; eat, laugh. and say "i love you" often and mean it when you say it. It never gets old, therefore it never dies. Happy Valentine's Day to all!
Posted by Doris' at 12:00 AM